skip to main | skip to sidebar

Sept 1? where has the summer gone?

Well.. it sure has been awhile since I've been on here... there's been alot of reasons.. internet booting out when I thought I would do a post.. too much to say.. then feeling like I had nothing to say...lol... piddling around on Fb when I should be doing other things.. working alot, Chaya being here for a few days..trying to get things painted for the fall, did some canning/pickling... hmmmm just been busy I guess...I did a couple of shows.. the one in Hecla and then a family festival in Lockport.. which was fun.. I have a couple of things for the Hecla one I'd like to show you but probably later when I have more time... Thought I should at least post something to try and get back into the groove.. and stop avoiding it..So here is a pic of my tent at Lockport.. I love my tent.. this is the first time I've used it.. and it went up so easy.. it was a beautiful sunny weekend.. that is my friend Heather in the pic.. she helps me at so many shows.. don't know what I'd do without her.. she is awesome.. 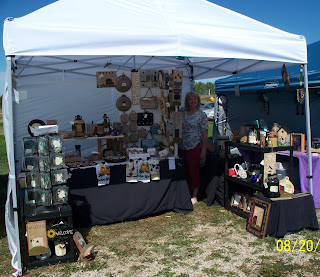 Now just to show you a process.... 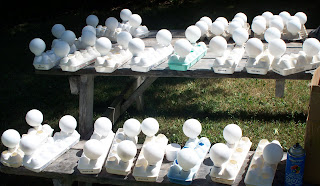 Alot of sprayed lightbulbs hey? then 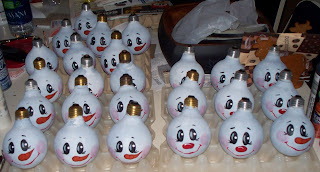 ok so they don't have their toques yet.. but that is coming soon.... was going to load a pic of a finished one.. but internet is not co-operating at all..
Time to get ready for work.. nice to be back.. hope you all are having a wonderful day..
Kath
xx

Thank you so much for taking the time to comment..I love to hear what you think.. always have time to listen and reply(somewhat slowly at times)but always appreciated...xx

Kathy
Manitoba, Canada
Hi..thanks for stopping by..and hope you like what you see..I'm an artist with a love for painting on just about anything..upcycling my corner of the world! And I love paper.. be it quilling or altered art.. Comments would be wonderful and very appreciated.. 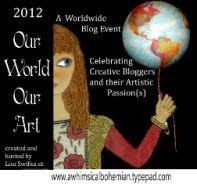 Feel free to use my awesome button made by... The Forest Faerie! 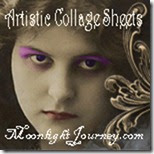 This is a Flickr badge showing public photos and videos from Kath K1. Make your own badge here.